What is the best available evidence for non-steroidal topical preparations for treatment of radiation dermatitis in people undergoing radiation therapy for cancer?

Radiation dermatitis (RD) is an acute skin reaction that occurs as a result of radiotherapy used to treat a range of different cancers. Severity of symptoms ranges from erythema to dry desquamation (dry flaky skin with itching) to moist desquamation (serous exudate, oedema and blistering). Level 1 evidence from systematic reviews (SRs)1, 2 showed no effect for a non-pharmacological topical preparation in treating existing RD compared to a placebo or no treatment. Additional Level 1 evidence did not support the use of trolamine,3 sucralfate cream,4 aqueous cream4 and was conflicting on the benefit of hyaluronic acid preparations.3, 5-7 There was insufficient evidence to recommend superoxide dismutase preparations.8 However, a consensus panel suggested using a topical preparation to treat mild RD,9 and evidence presented in a companion WHAM evidence summary10 suggests that prophylactic use of topical preparations might delay progression of RD.

There is no strong evidence to support the use of a non-steroidal topical preparation for treating existing radiation dermatitis.

This summary was conducted using methods published by the Joanna Briggs Institute.11-15 The summary is based on a systematic literature search combining search terms related to radiation dermatitis/radiodermatitis and topical preparations/creams. Searches were conducted in Embase, Medline, Pubmed, the Cochrane Library and Google Scholar for evidence published up to January 2021 in English. Levels of evidence for intervention studies are reported in the table below.

Radiation dermatitis is a common side effect of radiotherapy, which is a type of therapy delivered in the management of cancer. Radiation causes damage to epithelial cells and underlying structures of the skin, usually commencing early during radiotherapy and persisting up to six months following radiotherapy.19, 20 The severity of RD is related to the dose and regimen of radiation and the area of skin over which radiotherapy is administered,19-21 increasing when cell destruction occurs faster than normal cell reproduction. In early stages of RD the skin becomes warmer, itchy and erythema may present. As cumulative exposure to radiation increases, old skin becomes dry and flaky (referred to as dry desquamation). When the rate of new skin cell production cannot replace shedding cells the epidermis breaks down, becomes oedematous and exudate is present (referred to as moist desquamation).20 Pain, skin warmth, pruritus, burning sensations are reported by people experiencing RD.3 Consistent with outcome measures reported in the evidence, when referring to ‘grade’ of RD this evidence summary uses the Radiation Therapy Oncology Group (RTOG) scale for categorising the severity acute of RD.22

Evidence on using any topical product

A 2013 meta-analysis1 of six trials found the effectiveness of using any topical preparation in healing RD was not significantly different compared to using no product (75.15% versus 75.19%, p = 0.784, relative risk = 1.01, 95% confidence interval [CI] 0.92 to 1.12). The included studies reported the effectiveness of gentian violet, trolamine and sucralfate, and significant heterogeneity was noted1 (Level 1). A 2010 meta-analysis2 included six trials reporting topical preparations (wound dressings, corticosteroids, trolamine and sucralfate) for reducing the signs and symptoms of RD. The pooled results showed no significant difference in using a topical treatment compared with control (odds ratio [OR] = 0.43, 95% CI 0.15 to 1.25, p = 0.12). As with the meta-analysis by Zhang et. al. (2013),1 significant heterogeneity was noted; unsurprising given that four of the six studies were included in both analyses1, 2 (Level 1).

A small observational study8 (n = 57) reported the use of superoxide dismutase (a preparation with antioxidant effects) to treat RD. At commencement, 75.4% of participants had grade 2 RD and 24.6% had grade 3 RD. After a 12-week treatment period, 91.2% of participants had no RD (the remainder did not attend for follow up). Remission of symptoms took an average of 2.22 weeks8 (Level 3).

An RCT4 compared sucralfate cream to no treatment for reducing grade of RD, desquamation (measured on a 4-point scale where 0 = no dry or broken skin), erythema, pruritus and pain. The only outcome measure for which statistically significant results were noted was a significantly better scoring for desquamation in the sucralfate group (0.38 versus 0.62, p = 0.04). However, the desquamation scores, which were self-reported by participants, were very low in both groups, and the findings were not considered to be clinically significant4 (Level 1).

An RCT4 compared aqueous cream to no treatment for reducing grade of RD, desquamation (measured on a 4-point scale where 0 = no dry or broken skin), erythema, pruritus and pain. A third arm of the study received sucralfate cream (results reported above). People using aqueous cream had a significantly better self-rated scores for desquamation compared with no treatment (0.45 versus 0.62, p = 0.04). As with the sucralfate cream group, these findings were deemed to be not clinically significant due to the very low desquamation scores seen in this study. None of the other outcome measures were significantly different between aqueous cream and sucralfate cream or no treatment4 (Level 1). Aqueous cream has been associated with signs and symptoms of skin irritation in some people with eczema or dermatitis,17 related to impairment of the skin barrier function caused by the ingredient sodium lauryl sulphate18 (Level 5).

The development of WHAM evidence summaries is supported by a grant from The Western Australian Nurses Memorial Charitable Trust.

More about the journal 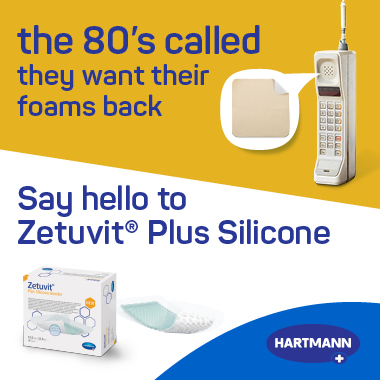