Update from the IIWCG desk

The month of March 2022 was much anticipated as the International Interprofessional Wound Care Group hosted the four yearly World Union of Wound Healing Societies Congress in Abu Dhabi. This congress was postponed from 2020 to 2022 due to the COVID-19 pandemic, with all speakers, scientific papers and registrants on hold for two years. We were concerned that we would lose speakers and great was our surprise when more than 70% of the 2020 speakers confirmed to attend in person in 2022.

As we did not know how COVID-19 would impact the congress, the design was changed to a hybrid congress with both on-site and online participants being catered for. All lectures were pre-recorded in an inventory bank, to be seen on the day of the actual session and then as library for four months afterwards. Additionally, there was live streaming for the opening and closing ceremonies, as well as all main plenary hall sessions. Facebook was incorporated, Instagram updates were done with the highlights of each day and Twitter also helped to tweet out all the activities of 1-5 March 2022. (Check us out on social media and our website www.wuwhs2022.org as we have saved it all!)

This was the first international face-to-face congress after two years and our onsite program was buzzing with multiple lecture streams and incredible trade displays in the exhibition hall. Mask mandates were in place but no more social distancing was needed… Great was our joy when all just opened their arms and hugged each other in relief, after the stressful global lockdown restrictions were lifted just in time. Travel was a major stressor, but that did not deter participants, with more than a 1000 daily attendees present on-site each day.

Online congresses are a new reality, with this hybrid format proving itself as the best of two worlds and a thing to stay in the foreseeable future. This was well tested in major congress format and went beyond our wildest dreams on how impactful people can be connected on a digital platform if designed for that purpose. That was clear in the presence of 2000-2500 daily online participants that joined in this manner to take part in the activities of WUWHS 2022.

Not only did we have this awesome congress as a success story for the future of WUWHS and IIWCG alike, but simultaneously had change of IIWCG office bearers. Mrs Gulnaz Tariq is promoted to be the Chief Executive Officer and Mrs Hiske Smart stepped into the role as incoming IIWCG president for the next 5-year term. The rest of the Board will again reflect the international nature of this Society.

On the side of WUWHS, the new president-elect was voted by the General Assembly of the 50 WUWHS Supporting Societies to be Dr Harikrishna Nair from Malaysia. The next WUWHS congress will therefore take place in September 2026 in the Kuala Lumpur Convention Centre under his guidance and we are delighted to wish him much success. Dr Kylie Sandy-Hodgetts, who led the Australian bid, came second and will fill the recorder position that became vacant on the Executive Board.

The WUWHS presidential transition will take place in 2024 in Abu Dhabi with Mrs Gulnaz Tariq, that will bring her colourful and incredible WUWHS presidency into conclusion. Until then she and her team will continue to train, teach, share skills and mentor the young upcoming generation towards the point where wound care specialisation cannot be ignored in the world any longer. A task we embrace with great care and utter joy as the reward is not for us but for patients with wounds all over the world.

The first WCET® Honorary Member Award was bestowed on Greg Paull, from Perth Australia, who has been publishing the WCET® Journal, on behalf of WCET® since 1 July 1996 and has attended every Congress since then in his role as publisher. Greg has been a true supporter and advocate for the WCET®. Over the past 26 years, he has served the WCET® well in numerous ways including for over 10 years on the Publications & Communications Committee before joining the Education Committee when the Constitution was changed. His donations to WCET® include the annual sponsorship of a member, bullETin magazine, ID Handbook, NNGF Birthday Cards and other design items over the years.

He first co-presented (with the Journal Editor) a Writing Workshop in Singapore for the 2000 Congress and has done so a number of times since. He has also recorded a video with the editor on how to get published in the WCET® Journal which is available on the association’s website.

WCET® Boards have often sought advice/input on commercial, industry and sponsorship matters. One of his most distinguishing contributions of his publishing creativity and caring for the well-being of WCET® is when in 2010 he helped to initiate the Sustaining Journal Partnership with then Editor and now Executive Editor Emeritus as well as developing a strategic plan in 2004 to redesign the journal to improve its impact factor and international standing.

The award was presented at the WCET® 2022 Congress in Fort Worth, Texas.

The first recipient (in alphabetical order) was Paula Erwin-Toth who has over 40 years experience in wound ostomy and continence care. She completed her specialty education in 1982 at the Cleveland Clinic’s RB Turnbull School of Enterostomal Therapy and was board certified by the WOCNCB as a CWOCN for 35 years. From 1990 to 2012 she served as the Program Director for the RB Turnbull of School of WOC Nursing Education. She was motivated in her career choice after undergoing ostomy surgery at the age of 10. By a fortuitous turn of fate, her ET was none other than Norma Gill. Norma was not only a wonderful caregiver, she also acted as a mentor and friend. Ms Erwin-Toth was awarded a Lifetime Achievement Award as a ‘Legend in WOC Nursing Education’ by the WOCN and was named as a Fellow in the American Academy of Nursing. She has served on the boards of numerous professional and patient support organisations and is a well recognised clinician, author, speaker and researcher. She describes co-editing the Festschrift honouring Norma with her friend and colleague Diane Krasner as a highlight of her personal and professional experiences.

The award was also presented to Sally J Gill-Thompson who has been an Enterostomal Therapist since 1971 after training at Cleveland Clinic with her mother, Norma Gill-Thompson, and Rupert Turnbull MD. She was fortunate to have witnessed the inception of UOA, NAAET (now WOCN®) and WCET®.

Sally’s ET career has spanned over 50 years practising as an ET consultant to several local hospitals in Ohio, and in management, first for the family ostomy supply business and later for other medical equipment companies. For over 35 years she served as a clinical trial investigator for ostomy manufacturers resulting in the launch of new and innovative products for persons with an ostomy. Even after retirement she continues to be an advocate for persons with an ostomy, often seeing them in their homes. Sally is a contributing author to several publications including the Festschrift honouring her mother, Norma N Gill-Thompson ET.

Also awarded was Diane L Krasner PhD RN FAAN FAAWC MAPWCA who has been an ET/WOC Nurse since 1985. She has practiced across the continuum of care and been involved in nursing and wound care education and research. For the past 16 year Diane has also performed expert witness work.

Dr Krasner has numerous publications and through the years has served on numerous organisational boards and committees. Diane’s special interests include wound pain, Skin Changes At Life’s End (SCALE) and palliative wound care.

A highlight of Diane’s ET/WOC Nurse career has been co-editing three editions of the Norma N Gill Festschrift with Paula Erwin-Toth and presenting a special leather-bound copy of the first edition to Norma in September 1996. 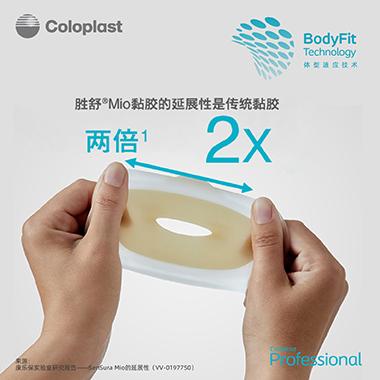