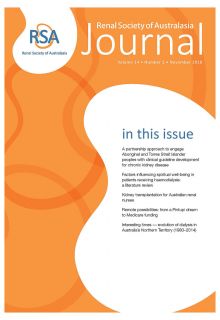 Kidney Health for All: Bridging the gap in kidney health education and literacy

The high burden of chronic kidney disease (CKD), global disparities in kidney care, and poor outcomes of kidney failure bring a concomitant growing burden to persons affected, their families and carers, and the community at large. Health literacy (HL) is the degree to which persons and organisations have – or equitably enable individuals to have – the ability to find, understand and use information and services to make informed health-related decisions and actions for themselves and others. Rather than viewing HL as a patient deficit, improving HL largely rests with healthcare providers communicating and educating effectively in co-designed partnership with those with CKD. For kidney policy makers, HL provides the imperative to shift organisations to a culture that places the person at the centre of healthcare. The growing capability of and access to technology provides new opportunities to enhance education and awareness of CKD for all stakeholders. Advances in telecommunication, including social media platforms, can be leveraged to enhance persons’ and providers’ education; World Kidney Day declares 2022 as the year of Kidney Health for All to promote global teamwork in advancing strategies in bridging the gap in kidney health education and literacy. Kidney organisations should work toward shifting the patient-deficit HL narrative to that of being the responsibility of healthcare providers and health policy makers. By engaging in and supporting kidney health-centred policy making, community health planning and HL approaches for all, the kidney communities strive to prevent kidney diseases and enable living well with CKD.

Background Low levels of physical activity in patients with chronic kidney disease have long been shown to impact adversely on functional status and quality of life. Numerous studies have demonstrated the benefits of exercise in patients on haemodialysis. However, implementation of exercise programs as routine practice remains lacking, likely due to the variability of methodology across published studies as well as limitations at dialysis facilities.

Objectives We share our experience in providing exercise therapy that is prioritised as routine patient care in a community dialysis setting; interventions are individualised to each patient’s functional ability based on thorough and regular assessment.

Approach Exercise therapy is structured whereby patients’ functional status and abilities are evaluated in detail prior to placement into exercise programs and at regular progress intervals. Each exercise program, facilitated by exercise specialists, is tailored to the patients’ functional capability and health status using exercises that are modifiable to their needs. Group exercises also provide an avenue of social interaction and support for patients.

Conclusion Exercise therapy is advocated strongly to improve function and quality of life in patients on dialysis. Through implementation of a range of multifaceted and individualised exercise programs, we address both their functional and psychosocial needs. Our unique holistic approach aims to facilitate patient adherence in a sustainable manner.

Introduction There is an increasing number of patients with end-stage kidney disease (ESKD) receiving continuous ambulatory peritoneal dialysis (CAPD) in Thailand. Peritoneal dialysis (PD)-related peritonitis is one of the main complications of PD. There are more cases of peritonitis in Thailand compared to other countries. The reason for this is unknown; however, patient experience with PD may be a contributing factor. The paucity of evidence discussing the lived experience of adults receiving PD in Thailand supports the need for research to inform best practices.

Purpose The purpose of this study was to explore the lived experiences of Thai patients with ESKD receiving CAPD.

Results Several themes emerged from the data. The results indicated that people receiving CAPD experienced physical, psychological and emotional challenges related to their health condition and the complexity of PD.

Conclusion The findings from this study concluded that Thai adults receiving CAPD experience many challenges. More insight into the physical, psychological and emotional aspects of CAPD can support healthcare providers as they collaborate with patients and families to discover person-centred strategies. Taking a person-centred approach in this population may help to reduce PD-related complications.

Indications and timing of renal replacement therapy initiation in the intensive care unit: An updated review

The indications and optimal timing of renal replacement therapy (RRT) initiation for critically ill patients in the intensive care unit (ICU) remains a hotly debated dilemma. This is an important topical area, given the rise in global incidence of severe acute kidney injury (AKI) over recent years. The onset of the COVID‑19 pandemic since December 2019 adds another dimension to the aetiology of severe AKI in an ICU setting and warrants review of this topic area. Results from recent international multi-centre randomised controlled trials (RCTs) and subsequent systematic reviews evaluating available data conclude the potential benefits of delayed RRT initiation for renal and overall clinical outcomes. The benefits of delayed RRT initiation may relate to the preservation of healthcare resources during these challenging times, as well as its clinical benefits. Our comprehensive review aims to summarise the updated evidence and provide perspective on the advocated approach towards RRT initiation for AKI within the ICU setting at present.

Background Blood glucose level (BGL) sampling during haemodialysis treatment is subject to a degree of variance and there are no formalised guidelines in relation to best practice. Most clinical units sample for BGL from the extracorporeal circuit which may be a matter of convenience rather than based on research evidence. This process also exposes the haemodialysis nurse to several more high-risk situations for needle stick injury.

Aims We sought to assess the agreement between BGL recorded in people treated with haemodialysis when using concurrent different sampling methods to develop a formal guideline recommending the most appropriate point-of-care sampling method.

Methods Samples were taken concurrently (at the same time on the same day) via routine laboratory assay, capillary sample and via the extracorporeal circuit for all people diagnosed with diabetes in our haemodialysis clinic (n=16).

Results There is significant variation between BGL measurements taken via the three different sample points. 94% of BGL samples recorded higher results in the extracorporeal circuit in comparison to the capillary sample (range –0.3 to +2.5mmol). 94% of BGL results via the laboratory assay also recorded higher results (range –0.1 to +2.5mmol). We conclude from our data that the capillary sampling method is not interchangeable with the extracorporeal sampling method.

Conclusion People with diabetes make decisions regarding their treatment regimen based on capillary samples and, given the large range of variance when sampled during haemodialysis via the extracorporeal circuit, we are recommending that our unit change clinical practice and consistently sample via the capillary method. 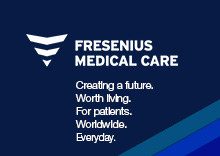