Podoconiosis: an important but forgotten cause of non-filarial lymphoedema

Podoconiosis is a preventable, non-infectious and non-communicable cause of lymphoedema leading to chronic swelling of the foot and lower leg. Most prevalent in Africa, Central America and India, it is caused by long-term exposure to irritant red volcanic clay soil. Risk factors for disease are related to the absence or inadequacy of footwear. However, not all those at risk develop the disease, indicating that both genetic and environmental predispositions contribute to disease development.

Symptoms of podoconiosis include asymmetrical limb swelling with associated itching, burning sensation and lymphatic ooze. Late stages are characterised by irreversible swelling and joint fixation. Due to the disfiguring nature of the disease, those affected often experience social stigmatisation. Associated economic losses result from reduced productivity and absenteeism. The disease must be differentiated from conditions such as filarial lymphoedema and congenital lymphoedema, which can have similar presentations, such that appropriate therapy can be implemented.

Primary management of podoconiosis is prevention which involves the regular use footwear such as shoes and education of the disease. In the early stages of podoconiosis, compression therapy and limb elevation delays clinical progression in affected individuals. In later stages, changes are irreversible; however, additional therapy can include surgical intervention and limb elevation for symptom control. Psychosocial care is also needed to address the mental distress associated with the disease. Despite the preventable nature of podoconiosis, it remains prevalent in developing countries, necessitating further investment of resources.

Problem statement To identify the causes attributed by people with stomas or by their caregivers to complications arising in the stoma and peristomal skin.

Method A qualitative study performed in the period March–June 2018 on a group of 19 people with intestinal stomas. The data were collected through the process of structured interviews and were analysed by applying a content analysis technique.

Results It was possible to perceive that the causes attributed to complications of the stoma and peristomal skin were alterations associated with or related to: the use of the ostomy appliance; personal conditions; knowledge about self-care; and the condition of the stoma or surgical technique.

Conclusions People who live with a stoma can identify the possible causes for the complications to which they are predisposed. These are described by: the use of the ostomy appliance used; personal conditions; knowledge of the person on self-care of their stoma; condition of the stoma and peristomal skin; and the surgical technique employed.

This case study summarises the treatment of a patient with diabetic foot gangrene. By undergoing irrigation and negative pressure wound therapy (INPWT) with moist dressing, foot amputation was avoided. The treatment process included: the comprehensive assessment of systemic and local condition; choosing suitable debridement such as sharp surgical debridement; preventing the spread of infection; applying INPWT to reduce endotoxin absorption; and active treatments of primary disease such as controlling blood sugar and blood pressure, and improving microcirculation and nutrition. After 2 months of vigorous INPWT, the patient’s wound bed improved. After the application of a moist dressing, the wound closed and healed successfully at 3 months.

Objective To evaluate the effect of tamsulosin on stent-related symptoms in patients undergoing double-J ureteral stenting.

Methods and materials Seventy patients (47 men and 23 women; mean age 42.5 years) who underwent double-J stent placement in adjunct to urological surgery were prospectively randomised into two groups. Group 1 included 35 patients who received 0.4 mg of tamsulosin once daily for 4 weeks; group 2 included 35 patients who received a placebo for the same protocol. All patients were interviewed by the same physician about the frequency of stent-related symptoms at 4 weeks after stent insertion.

Results Patients in group 1 showed a lower score for suprapubic pain during the filling phase and lower pain during sexual activity than group 2, although the overall pain score was not significantly different between two groups. The mean urinary urgency score was less in group 1 in comparison to the placebo group (p=0.030). No statistically significant differences were found between two groups concerning haematuria, urinary incontinence, frequency nor dysuria.

Healthcare professionals and interactions with the medical devices industry 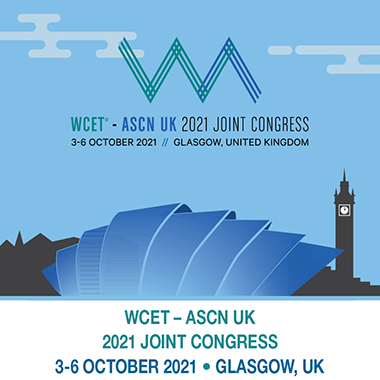